Being a Refugee Girl

Risks and challenges that female refugees have to fear
She is rather small and graceful in appearance, with an open gaze and a disarming smile. A golden scarf covers her hair. It sparkles in the sunlight, as she moves her head. A delicate piece of lace peaks out underneath. Omou is 18 years old. She is currently in 11th grade, preparing for her final exams. Her favorite subjects in school are mathematics and biology. She wants to become a maternity nurse.

Oumou fled to Germany two years ago. Her homeland, Guinea, is considered one of the poorest countries in the world. More than half of the population lives below the poverty line, and about 20 percent lives in extreme poverty. A lot of families from Guinea send their strongest child to Europe to earn money for the whole family. Oumou did not want to talk about the particular reasons for her escape.

"I just couldn't stay in Guinea," she explains, adding, "I had family issues!" Her mother organized the whole trip for her. 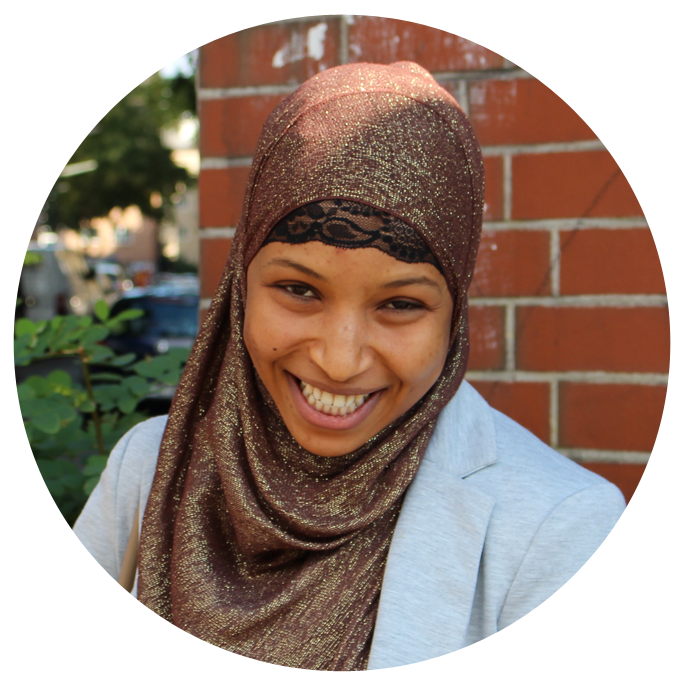 Oumou Lamarana Sow
Refugee from Guinea
"I just couldn't stay in Guinea."
In 2014, around 45 million people throughout the world fled their homes due to war, persecution, poverty, hunger or torture. According to the UNCHR, every second refugee is female.

But of all female refugees, only a few arrive in Europe. For example, only 30 percent of all refugees who enter Germany are female. Numbers are similar in other industrial countries. Most women remain as internally displaced people in their home country or make it – if at all – only across the border into a neighboring country. Women are simply less mobile than men, for example because they don't have the financial resources or because they need to take care of their children. Also many families in areas of war and crisis cannot afford to flee all together, wherefore mostly the men make the trip to Europe by themselves to arrange a safe crossing for their wives and children later.

If women do manage to flee to Europe, the flight itself bears further risks for them, especially when traveling alone. Some women are raped during their journey or forced into prostitution to be able to pay their smugglers. If they survive the journey, they often arrive in the country of asylum traumatized. Women who come alone may have to fear further abuse or violence in collective reception centers, if they are not accommodated separately from men or if safeguards are not sufficient.

Foto: CC Search (Enes Reyhan: Jordan / Syrian Refugee Camp)
Oumou's trip was rather safe since she was able to take an airplane directly to Germany. "Luckily!" she adds quietly.

Germany wasn't her first choice, but she was offered a visa here. As an unaccompanied minor in Hamburg, she had the opportunity to move out of the public refugee camp quickly. She was brought into a youth house where she has been living together with other unaccompanied minors. Learning German was not easy for Oumou, but since she visited a German school, her language skills improved quickly. Since her 18th birthday she has been living in an apartment together with another refugee girl. She calls it "her own apartment" and considers herself very lucky. 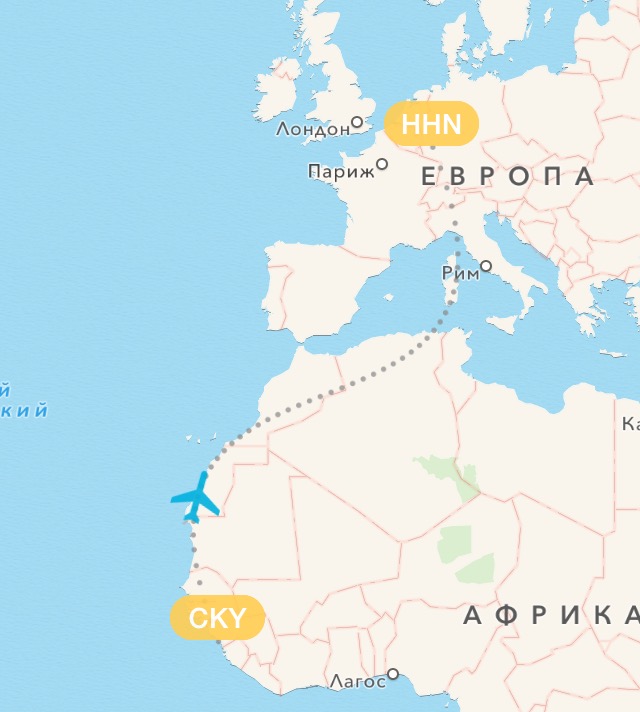 Oumou's Journey
OUMOU TALKING ABOUT INTEGRATION
"I want to stay true to myself."

In her free time, Oumou often visits a café called "Whynot?" which is located in the middle of Saint Pauli. But she wasn't just offered a cup of coffee, she was offered help and assistance. The "Whynot?" café is open to everybody, no matter where they come from, which language they speak or which religion they practice. Besides offering food and drinks at reasonable prices, the café also provides German language courses and counseling for refugees. Public concerts, cultural festivities and international worship services take place in the café as well. Social worker Fe-Muin Ruf is responsible for the project "MULTI" – a course for unaccompanied minors to learn, train and integrate together. 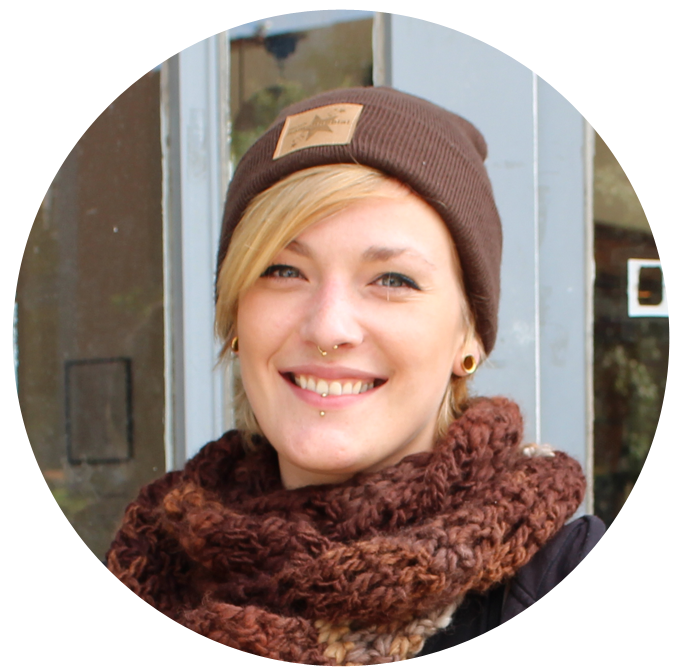 Fe-Muin Ruf
Social Worker at the "Why not?" Café
„You see things; and you say, ‚Why?'
But I dream things that never were; and I say, ‚Why not?'"
why-not.org
"The girls still need to learn that not every man is a potential rapist or violent."
"At first we offered mixed-gender courses, but soon we realized that it is better to offer separate language lessons for the girls and boys," Fe-Muin explains.

Female refugees face particular challenges related to their gender, their roles and their position in society. In their country of origin, they are less likely than men to have access to even the most fundamental of rights and are more likely to be exposed to discrimination and violence, which are exacerbated in situations of conflict or forced displacement. Many of them are victims of gender based human rights violation, such as rape, genital mutilation, forced marriage or forced prostitution, to name a few.

The girls wanted to talk about their dramatic experiences in their home country and during their escape. Most of them have been suppressed by men their whole life. With boys in the same room, the girls would not speak up; some of them eventually stopped showing up to the meetings. They were simply afraid of men. "The girls still need to learn that not every man is a potential rapist or violent," Fe-Muin says. For that reason they started to mix up boys and girls again after they have been in Germany for a while.
Oumou has been in Germany for two years now, yet she has no idea whether she will be allowed to stay. She had to wait until she turned 18 before she was able to apply for regular asylum. Such an asylum procedure can take up to two years. "The more dramatic she can describe the reason for her flight, the higher the chance for her to be granted asylum," Fe-Muin explains. Unfortunately, women are often unable to present their claim, because they are afraid to be honest about the experiences they have had, especially in front of a male interviewer.

Oumou is not afraid of men anymore, but still she believes that it is wrong that many women still suffer from their role in society – even in countries with a legal system guaranteeing gender equality like Germany.

OUMOU TALKING ABOUT GENDER EQUALITY
"Women should be able to live a self-determined life!"

The UN Refugee Agency: Guidelines for Protecting Women and Girls during first entry and asylum procedures

This is a project of the "International Media Center" at Hamburg University of Applied Sciences. It was accomplished in cooperation with students from the Saint Petersburg State University.